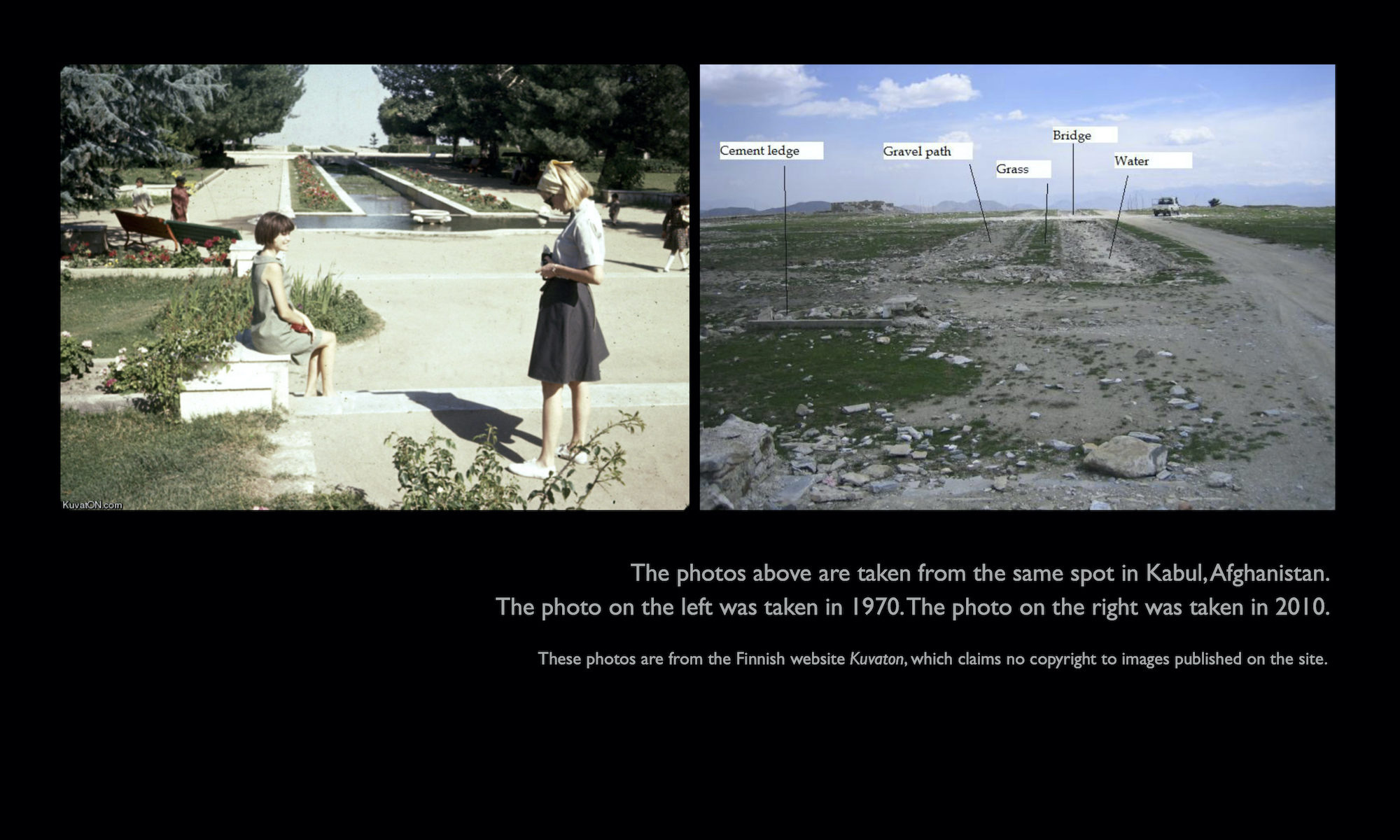 From Kelly Manjula Koza’s archives: This was written in 2010, and is still highly relevant today.

Quite frankly, the photos speak for themselves.

However, for those who prefer words to photos:

Citizens of contemporary Western nations — especially the United States — tend to think of their time and their “civilization” as being the most advanced, the most civilized, and indestructible.

The photo of Kabul in 1970 doesn’t even represent the pinnacle of Afghanistan’s cultural, scientific, and spiritual heights, which many would argue came long before Afghanistan was colonized by the British or adapted “modern” Western ways. But the photo from 1970 shows a landscape reduced to rubble by what only can be called inhumanity. This inhumanity manifests in many ways, including war, greed, corruption, rape, abuse of power, abuse of people, and general “uncaring”.

Consider the cultures of ancient India, China, South America, Central America, Persia, and, of course, Rome and the other civilizations of the ancient and modern “Western World” (for so many years, the only countries included in history classes in the United States).

How many advanced cultures have fallen? How many will, unless we humans start treating our world and all our people with respect and compassion, embrace humility, accept diversity, and act with integrity and kindness?

These photos are from the Finnish website Kuvaton, which claims no copyright to images published on the site.