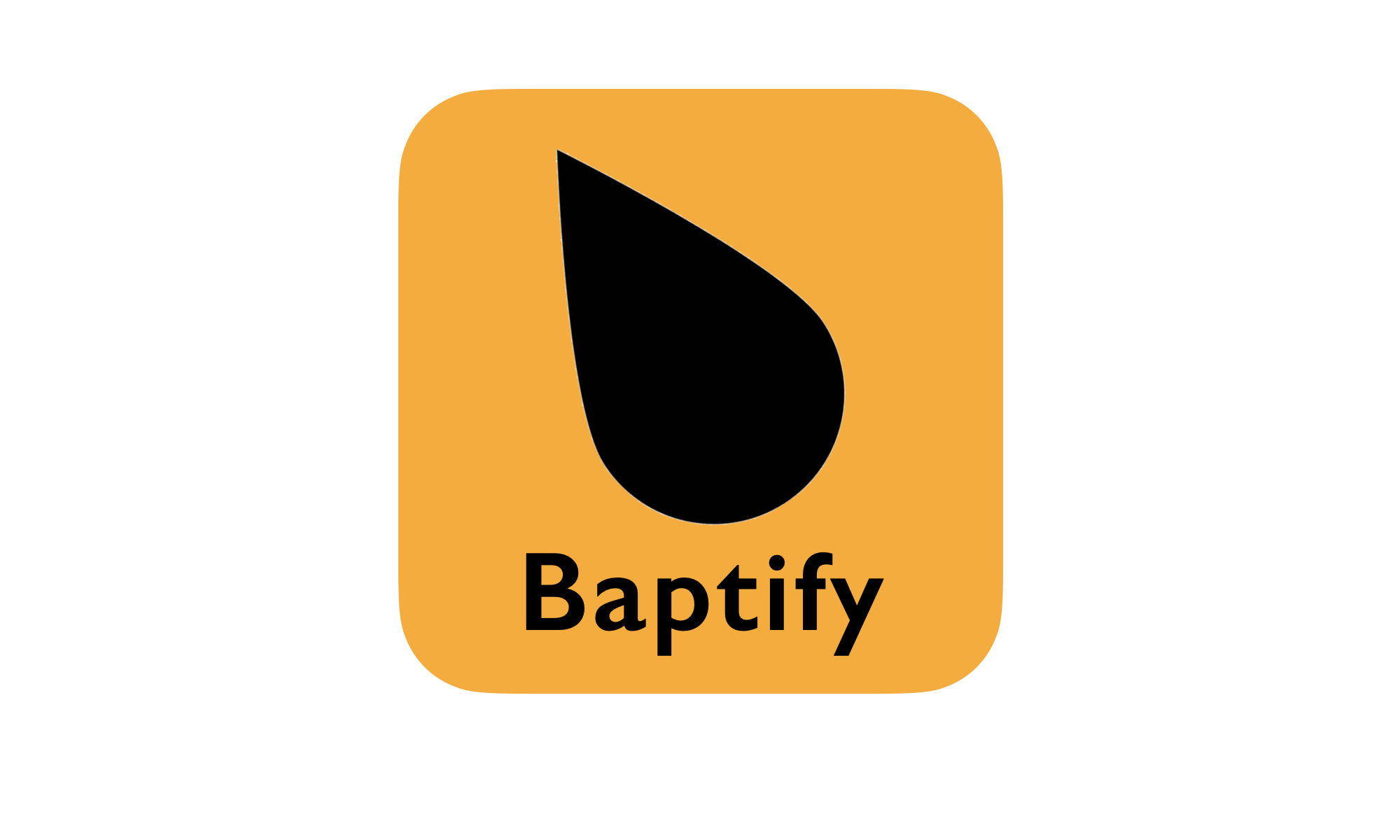 Rome, February 17, 2022 — The Vatican today announced the release of the Baptify app, designed to prove that baptismal rites are performed correctly according to Canon Law of the Catholic Church. Baptify enables Catholic faithful to use a QR code generated on the app to prove they are properly baptized at all locations where proof of valid baptism is required.

“Baptify will eliminate problems like we saw in Phoenix, where thousands of faithful who thought they were baptized found they were not,” said Cardinal Giovanni Capovolto, Pontifically Appointed Director of The Vatican’s Software and Application Development Department.

The name Baptify is a contraction of the words “baptism” and “verify.”

Baptify captures baptismal data including the name, age, and date of birth of the person being baptized; the parents’ names; the date, time, place of baptism; and the name of the presiding priest. Since there is only one correct and acceptable version of the baptismal formula, no version number is required or tracked in the app. The information is visible as text and generates a secure QR code visible on a user’s phone. Information is also stored in a central database housed securely within The Vatican’s server chambers.

“Ensuring baptism was performed correctly is critical to ensuring all sacraments received after baptism are also valid,” said Capovolto. “Tracking the validity of the baptism enables followers and priests to be confident that they are acting within the laws of The Church when receiving or performing the later sacraments.”

Future versions of the app will verify the correct performance of other Catholic sacraments. As followers are confirmed, take communion, marry (or take vows to enter the priesthood or to become nuns), are freed by demons by exorcism, or are given last rites, the data within the app and the QR code will be updated. When the follower has completed all applicable sacraments, the QR code will assume a golden color.

Negotiations are underway with St Peter to allow entrance to Heaven to all those who present a valid golden-colored Baptify QR code upon arrival at The Pearly Gates. Security angels assisting the venerable saint will use hand-held scanners to read the QR codes.

“Automated kiosks with code scanners will not be installed, even though Elon Musk has offered to create and launch them skyward,” said Capovolto.

Baptify is configurable in 47 languages, and can be downloaded from The App Store or Google Play.

Written after reading this article on The Guardian: https://www.theguardian.com/us-news/2022/feb/16/arizona-baptisms-invalidated-priest-uses-one-wrong-word