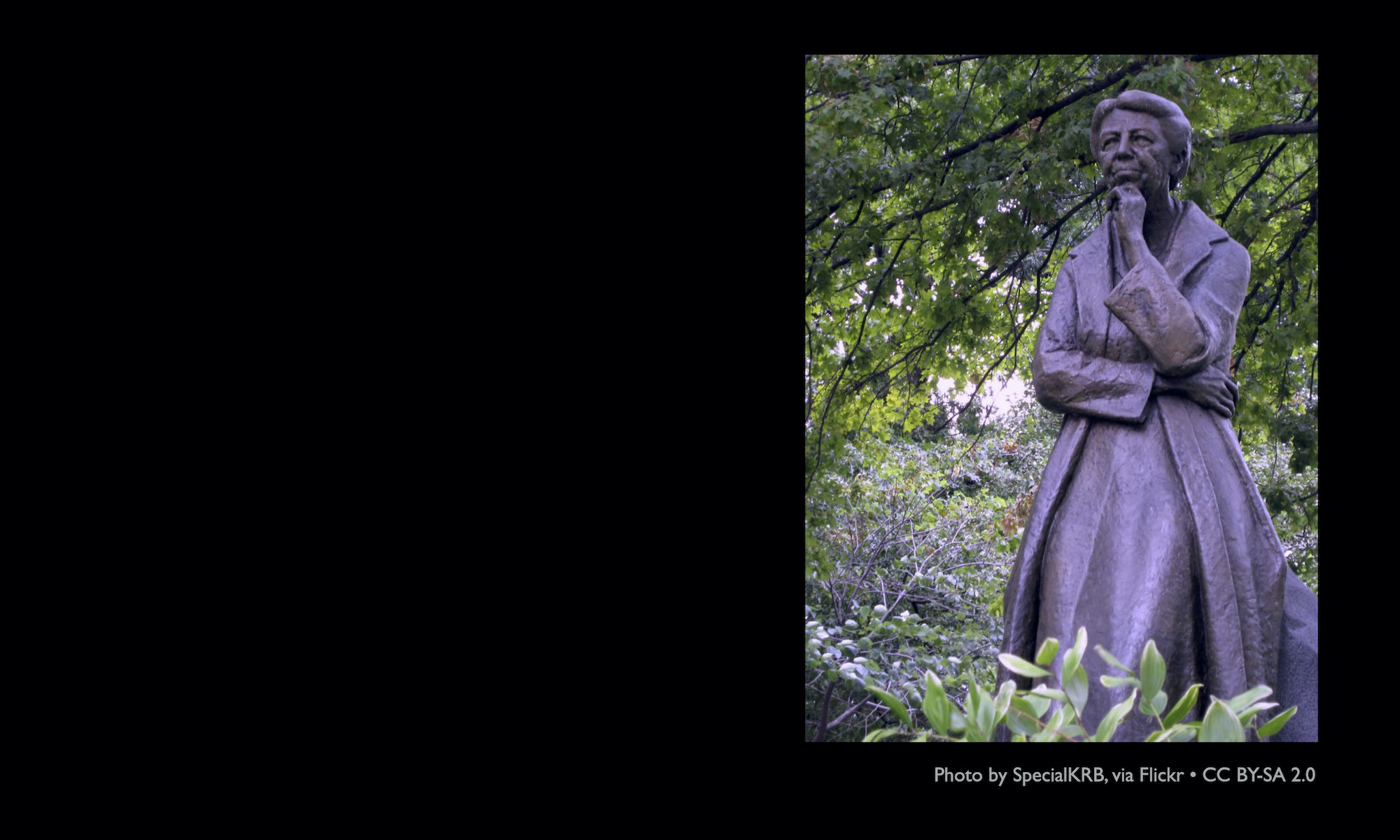 From Kelly Manjula Koza’s archives: Written in 2009 to celebrate a ground-breaking international document, the ideals of which we still work to attain. The Declaration was signed on December 10, 1948.

Sixty-one years ago, the United Nations General Assembly adopted the Universal Declaration of Human Rights (UDHR). Much contested and debated at the UN before its acceptance, the UDHR was developed as a non-binding agreement of nations working towards and upholding basic human rights for all individuals around the world.

Eleanor Roosevelt, a key player driving the drafting and acceptance of the UDHR, stated that the document would educate people as to their basic rights as humans and encourage nations to adopt laws promoting and safeguarding essential human rights.

In the first place, we have put into words some inherent rights. Beyond that, we have found that the conditions of our contemporary world require the enumeration of certain protections which the individual must have if he is to acquire a sense of security and dignity in his own person. The effect of this is frankly educational. Indeed, I like to think that the Declaration will help forward very largely the education of the peoples of the world.

Sadly, many rights specified in the document are still far from being universal, and adoption of the UDHR continues to meet opposition from number of governments around the globe. And, while ER and the United Nations consider the document to be personal and “belong to each and every one of us — [to] read it, learn it, promote it and claim it as your own”, the rights enunciated in the UDHR are not so well known, even by those here in the US — the home of the Constitution that provided a strong foundation for the drafting of the UDHR.

How familiar are you with the UDHR?

At a very basic level, the Declaration covers the following:

On this Human Rights Day, take the step of educating yourself as well as helping others. Visit the following sites to learn more about the UDHR and human rights:

While the technology of the world has changed drastically since 1948, attitudes and the implementation of policies safeguarding human rights have not changed much. The UDHR is as critical now as it was 61 years ago. The peoples of the world must move beyond the document, and implement universal acceptance of human rights, as human rights are timeless — and priceless.