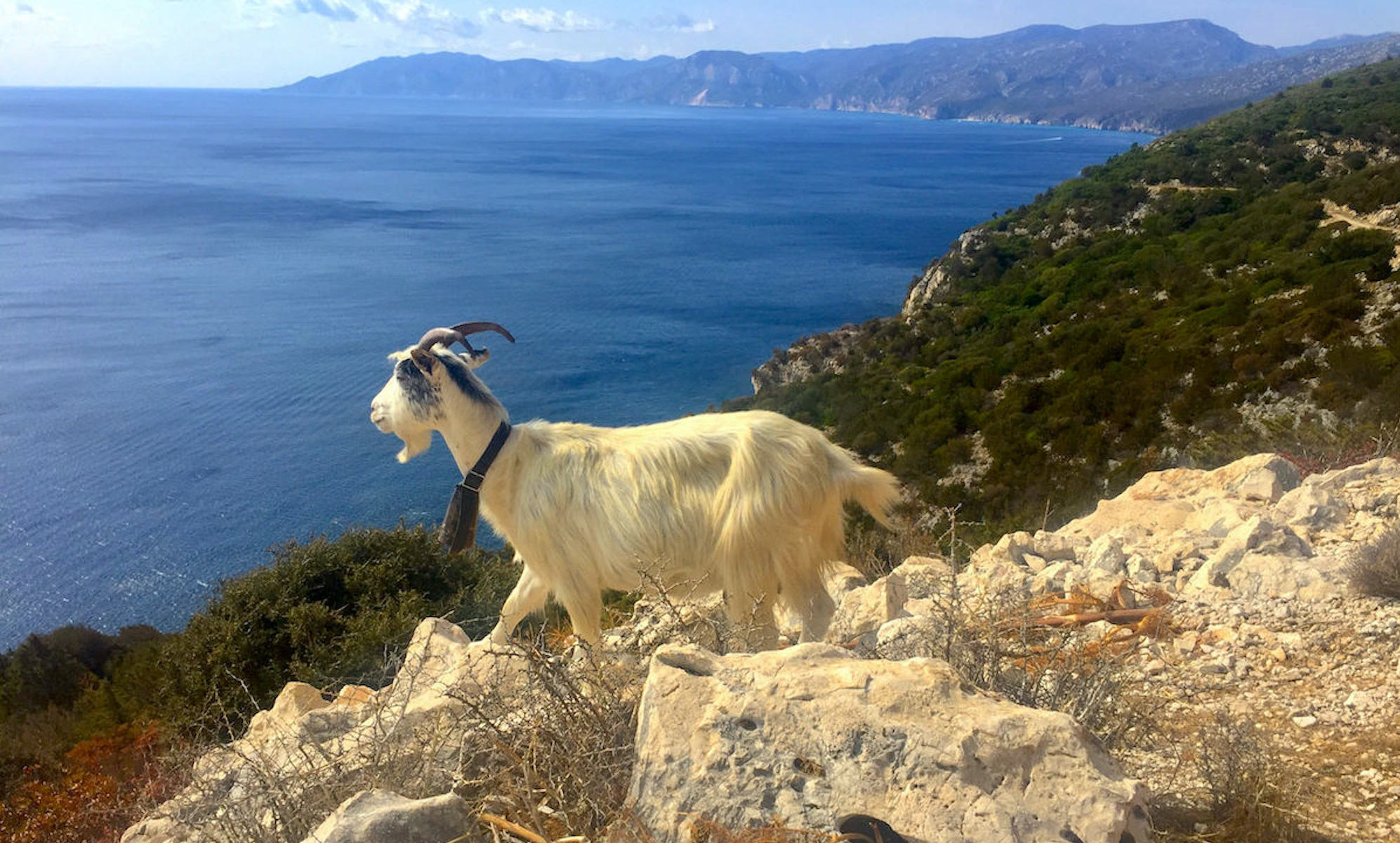 A story of self-confidence and persistence told in traditional cultures across the world.

High in the hills above the village, the goats kept an annual tradition known only to themselves.

Each spring, on the first full-moon day after the grass sprouted, the one-year-old goats would gather at the foot of the highest mountain. At the sound of the elder goat’s signal, the goat-kids would all charge up the narrow, rocky mountain path, in full view of the herd. This was a test of their goat skills: They were to climb the mountain as an initiation into the next stage of life in the herd.

However, the herd elders knew, absolutely knew, that it was impossible to climb all the way to the top of the mountain.

Before the event, in secret, the goat-parents conveyed this message to their goat-kids.

“The tradition states climb the mountain, but really, no one ever reaches the top. It’s impossible. Just get as far as you can by midday, then turn around. Everyone will have seen you, and we’ll have a nice lunch waiting when you return.”

And so it was, year after year.

The herd was especially large that spring, with many kids jostling one another at the starting line, all trying to gain the best starting spot — all except one, that is. One kid on the edge of the bunch seemed a bit slow at the beginning, not minding that the others charged ahead when the elder goat gave the starting call.

After the first few frantic minutes of the course, the goat-kids spread themselves along the trail winding up the mountain. From below, the elder goats cheered the kids, urging them higher and higher.

Several large kids ran as fast and long as they could before slowing to a trot. Most goat-kids alternated their pace, run-walk, run-walk. A few goat-kids walked together, talking the entire time. The little goat-kid who had the slow start walked alone, sure-footedly yet steadily up the mountain, still trailing the others.

As morning stretched towards midday, the faster kids reached a prominent ledge halfway up the mountain, and felt that they had proven their ability. They had received lots of cheers, and were getting tired. They wanted lunch and a nap. Turning around, they headed back down the mountain.

As the returning kids passed those still climbing, each of the climbing kids used the encounter as a signal to go a few more steps and then turn back. They, too, were tired and hungry, and looked forward to lunch.

Each time a goat-kid turned back, they paused briefly to look at the crowd and toss their head, reveling in the wild cheering from the adult goats below. The kids had gone far enough. No goat had ever gone to the top of the mountain; it was impossible.

Finally, down towards the herd and lunch, laughing and playing, came the all goat-kids.

All but one, that is.

The adult-goats had turned their attention from the mountain to the lunch preparations, thinking all the kids were headed back. Surprised, they heard the elder goat calling loudly.

“Come back, come back, you can’t go any higher, what are you doing?”

The heads of all the goats at the base of the mountain turned, following the gaze of the elder goat. The lone kid was still climbing.

“Come back, come back! You can’t go any further,” called all of the adult goats. “No one climbs that high, it’s impossible, you can’t go any higher! Come back!”

“Come back, come back! It’s impossible, you can’t go that far, come back!” shouted the adult goats, milling about.

The goat kid continued to climb, more slowly than before, yet steadily. The path before her had all but disappeared, as certainly no goat in the history of the herd had ever climbed that high.

The adult goats continued to call up the hill, joined now by the kids who had finished their descent.

“Come back, you can’t go any higher!” shouted the chorus of goat-voices. “It’s impossible! Come back!”

The little goat continued to climb. She was a tiny speck, nearly invisible even to goat-eyes.

The other goat kids were annoyed. They wanted their lunch, which would not be served until all the kids returned. The biggest, fastest kids were also upset because the little she-kid had climbed higher than they had — and she was still climbing.

The commotion at the bottom of the mountain continued. The little goat continued to climb.

As the cheers subsided and the little goat headed back down the mountain, the adult goats and the kids jabbered amongst themselves, asking “How in the world did that little goat do that? Every goat knows that it’s impossible to climb to the top of the mountain.”

One of the adult goats who had been unusually quiet during all the cheering spoke up.

“That’s my kid. She’s deaf. She couldn’t hear your cries calling her back, and she can’t hear your applause. She thought the objective was to climb to the top, so she did.”

The photo is not mine — it was found it online and uncredited. Thanks to the unknown photographer!