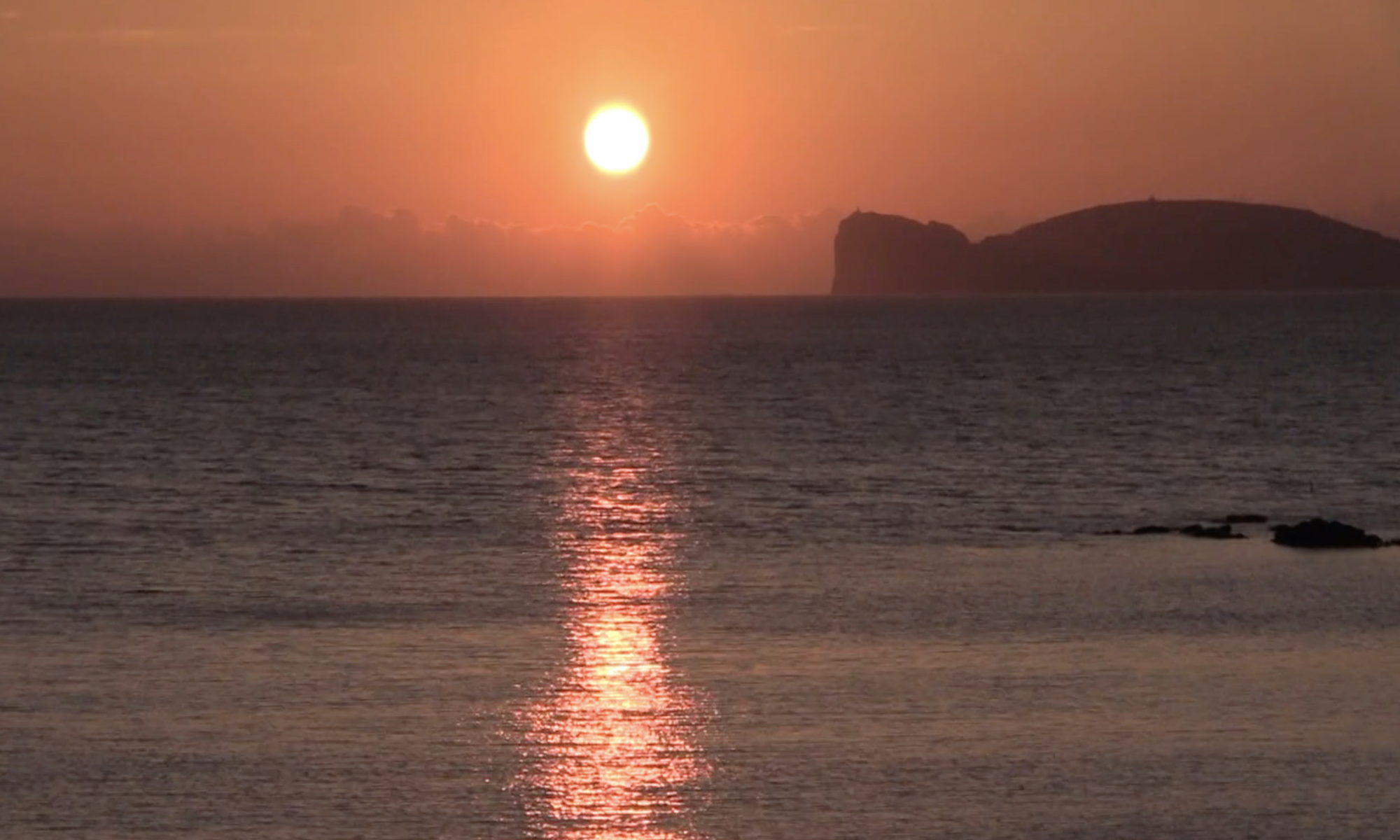 Sunset at Alghero, Sardinia, with a beautiful view of Capo Caccia. It’s a silent video. The video was recorded from the old city walls on 2018 09 18, without tripod or wind muff, and the ambient sounds were loud city noises, so they’ve been removed.

This is cross-posted on SardinianArts.com. 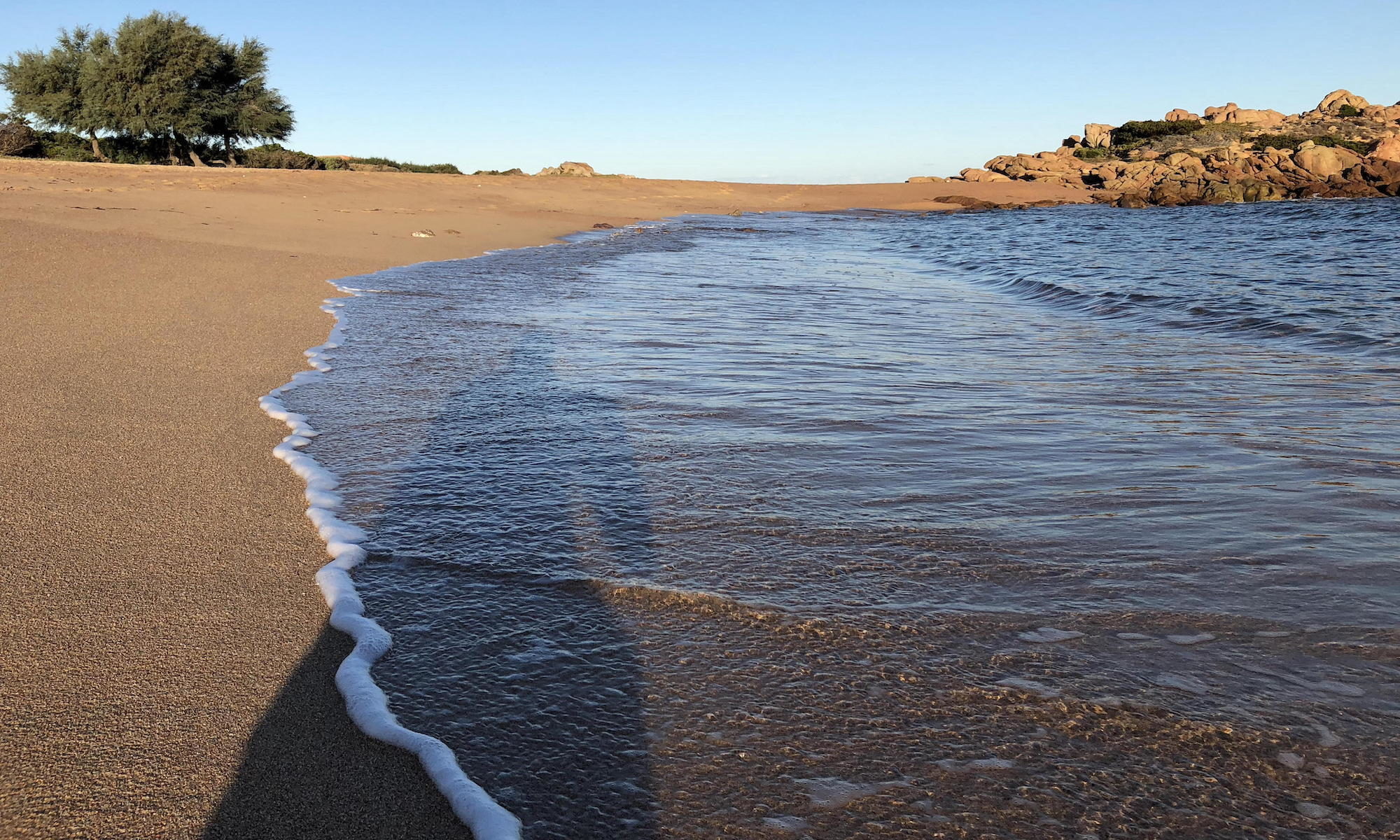 Over the years, I’ve done a considerable amount of video filming and editing. My recent work focus on Sardinia and the island’s traditional women handweavers, the tessitrici artigianali. The documentary I Want to Weave the Weft of Time is the first of a planned series about these amazing artists.

Short videos you’ll find on the Artist pages of SardinianArts.com provide the core of what will expand into longer documentaries. I’ve also done some promo pieces, such as the one for Agriturismo Nuraghe Tuttusoni.

From about 1998 until 2006, I helped document the activities of Mata Amritanandamayi Mayi Devi (commonly known as Amma). I worked primarily in the USA and India, and somewhat in Australia and Europe, including at The Global Peace Initiative of Women Spiritual and Religious Leaders held in 2002 in Geneva, Switzerland on the grounds of the United Nations.

While I primarily captured footage for archival as well as documentary use, and a colleague was the primary editor, I did edit a handful of short videos for general release and/or to include in media kits. I also designed the covers for several videos. Given the size, ongoing expansion, and large TV crews now filming and producing Amma’s work, the complete versions of older films are difficult to find. If still available, the would be found through the organization’s bookstore.

I’ve also filmed and edited video for private events, consulting projects, and corporate training departments. The most interesting of these projects (for me, at least!) were those where I filmed electrical lineworkers demonstrating how to repair live electrical distribution lines!